THE BASICS OF SILVERFISH

It’s too bad silverfish (Lepisma saccharina) are so creepy, because these insects are actually quite interesting. In fact, they are among the oldest species of insects—evidence suggests that their relatives been around for over 400 million years, which makes them older than the dinosaurs. Imagine that you and T-Rex could possibly be creeped out by the same things! Silverfish can also can also live between two and six years, which is relatively long in the insect world.

Despite their long history on this planet, silverfish never developed wings. However, they possess incredible speed, and they can outrun most of their natural predators, including earwigs, house centipedes and spiders. Being nocturnal, it’s not unusual to find these guys during a late-night trip to the bathroom, scurrying around in the sink, bathtub, or any reliable source of water.

Silverfish are small (often measuring between .5 – 1 inch in length), and have flexible, grayish scales covering their bodies that protect them from predators. The scales, paired with the wiggling motion of their bodies when they run, are the reason they’re called silverfish. Their body shape also enables them to snuggle into book bindings (one of their favorite foods). Silverfish also recognizable by the three, threadlike tails sticking out of its abdomen—a shape resembling a pitchfork.

Silverfish prefer food that consists of complex sugars (polysaccharides) and starches. Some examples of these include paper, clothing, plaster, sugar, photos and bookbindings (these guys love bookbindings—if there was a contest for “Most Literate Bug” these guys would probably beat out the notorious bookworm). They will also feast on cotton, dead insects and other textiles. When food is scarce, silverfish have been known to munch on leather, but they can live up to a year without food if water is available.

Although silverfish do not cause harm to humans or transmit diseases, the damage they cause to clothes, books and other household items can be quite costly. For this reason, they are considered pests. 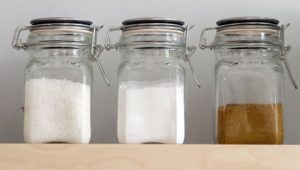 Where do Silverfish Come from?

Silverfish are most active at night in empty areas. They’re attracted to starch and sugar, which means that they gravitate toward materials containing these substances, including the silverfish favorite: books and newspapers. Book bindings, which contain starchy glue, are a common place to find silverfish — especially those of books that have not been used for a long while. Where else do silverfish like to hang out?

Cellulose-containing products, such as shampoos and shaving foams, which is part of the reason why silverfish are commonly spotted in bathrooms

Cedar shake roofs, because chances of mold are higher in homes with this roof type

Fabrics. Check your curtains periodically, as the pests could be making tiny holes

How Serious Are Silverfish Problems?

Silverfish often present a mild risk to people and property. They do not transmit disease, but the pests may trigger allergies in some people.

May Attract Other Pests

Their presence sometimes attracts carpet beetles and causes unease due to their strange appearance.

May Cause Damage to Personal Items

While indoors, silverfish also eat grains and chew large holes into clothing, upholstery, or paper. In large numbers, they can cause a lot of damage. Ruined items often include stored files, books, and vintage clothes.

5 Ways to Get Rid of Silverfish

Of all the insect infestations you can be cursed with, silverfish might just be the most skin-crawling — right after cockroaches, of course. Silverfish are mostly a (super-creepy) nuisance pest, but they can destroy books, wallpaper, and clothes with their excrement, according to the experts at Penn State’s Department of Entomology Cooperative Extension program. If you find silverfish in your home, you definitely want them gone fast, but pesticides aren’t the only way to go.

You don’t want to pour out a bowl of your favorite cereal just to find it’s swimming with these squirming insects. Penn State recommends sealing dry goods like cereal, pasta, rice, quinoa, flour, sugar, and pet food in sturdy, airtight containers to prevent silverfish from reaching these tempting food sources.

Silverfish thrive in moist, humid environments, says James Norton of Fantastic Pest Control in London. Take away their favorite conditions by using a dehumidifier in damp basements, sealing up leaky pipes, and making sure the bathroom is well ventilated. You should also keep the weather out by sealing up exterior cracks with caulk and making sure gutters and downspouts are clear so water can run down and away, according to Penn State.

Silverfish also love hiding in — and feasting upon — old papers, magazines, and books, so if you tend to save every piece of paper that crosses your desk, you might need to do some clearing out. Get rid of the stuff you haven’t looked at in forever, and store items you can’t bear to part with in airtight bins, especially if the papers are kept in the basement or attic.

Diatomaceous Earth, or DE, is a white crumbly powder consisting of the fossilized remains of diatoms, a class of algae. When silverfish come in contact with DE, it destroyers their outer waxy coating, causing them to lose moisture and die. You can sprinkle it around the baseboards in your home, and other places you’ve seen silverfish.

Norton recommends applying it in the evening, since silverfish are nocturnal, and for several nights in a row in order for it to work. Purchase DE on Amazon or at a local home improvement store.

To speed up these management strategies, add a few traps into the mix. You can buy small packets (like these) designed to trap and poison silverfish with boric acid.

Hide them in places where you’re likely to encounter the creepy crawlies, like bookshelves, dresser and desk drawers, under the sink, and in the basement and attic. Note that boric acid can be toxic if swallowed, so keep the traps where kids and pets can’t get to them and away from where you store food. 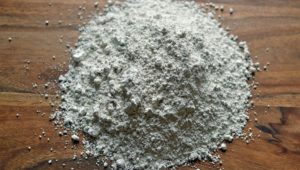 With the short reproduction time of these insects, and their genetic ability to evolve resistance to poisons, the scientists are urging less reliance on chemicals as a means of control.

“We need to emphasis that we need to use different tools – we can’t depend totally on chemicals we need to incorporate other alternatives,” said Dr Romero.

“The pest control industry are incorporating new tools, heat, vapour, encasement, there are a bunch of these non-chemical methods that definitely help.”

The scientists recognise and even admire the evolutionary ability of these creatures to rapidly overcome humanity’s attempts to control them.

Dr Romero says the latest research indicates that the bugs are unlikely to be effectively controlled by chemical means in the near future.

“It’s a very complex problem and we are going to have bed bugs for many years because of this problem with insecticides and then there is a social context that makes eradication and control very difficult.”